How Balance Club / Culture Festival – Web Edtion works: We publish the contributions according to ⤵︎ the timetable on this website.
From 20⁠–24 May, our website will feature DJ sets, lectures, multimedia texts, workshops, artist talks, audio-visual works and artistic fashion-pieces. As a grand finale, we will release our Balance-Sampler “Various Artists – Tender Squads” on festival Sunday and, admittedly, fulfill our own long standing wish. The Balance Club / Culture Festival sees itself as an interface between club culture and social critique. All contributions of the festival “Tender Squads” address the question which constellations and alliances can be imagined for the emancipatory potential of a different world to unfold? Which alliances do we want to form and where do we have to insist on difference for our alternatives to be viable? What form of (feminist) care and support do we need for each other right now? Together with you we want to find out, more urgently than ever, how we can maximally destabilize structural inequalities. 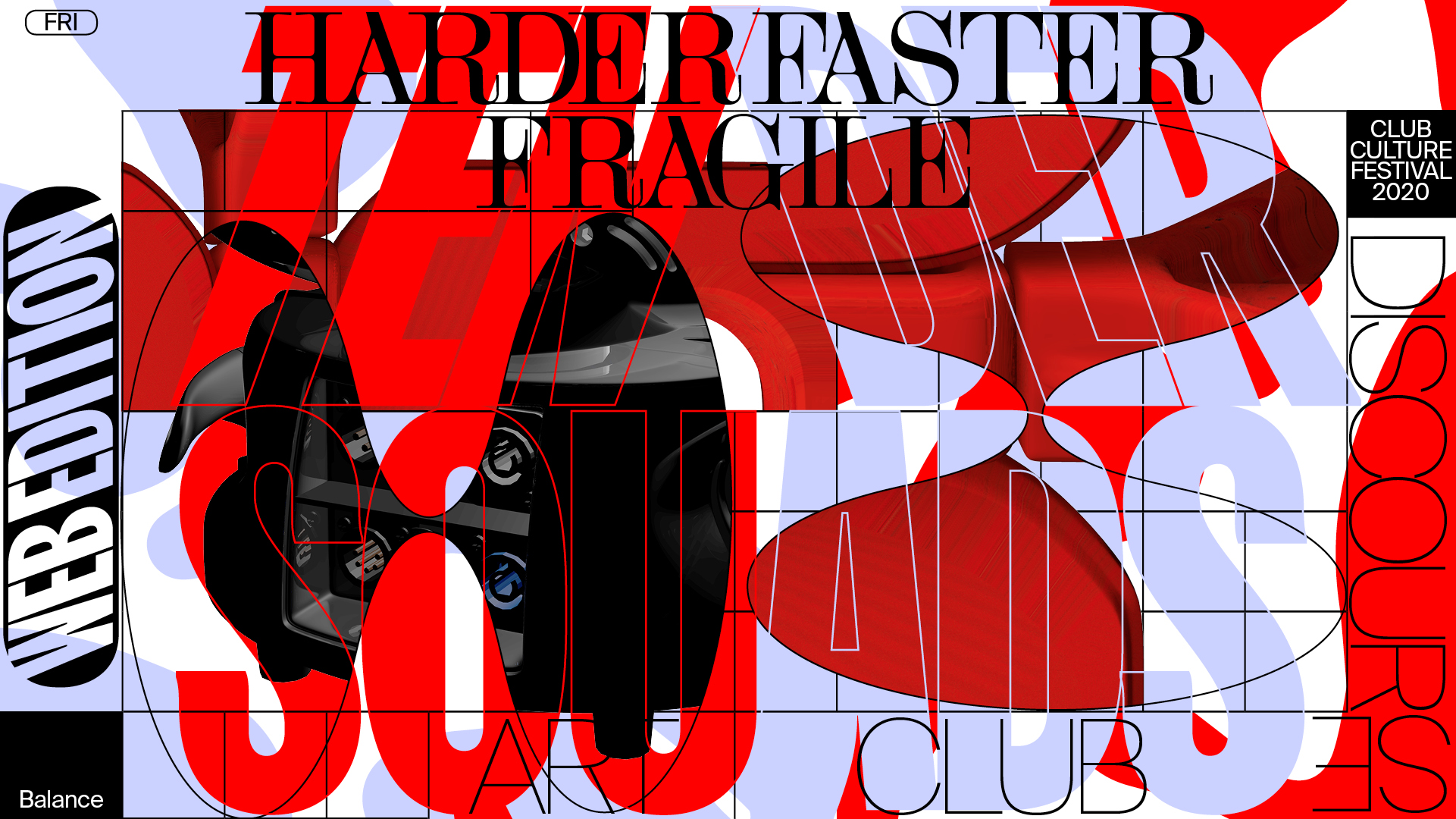 When speaking of counterculture in capitalism, we do not only speak of resistance, of struggle but also of vulnerabilities, of a desire for feeling safe, of radical softness. The theme day “HARDER, FASTER, FRAGILE” approaches full-on the tensions between austere hardness and speed of our current society and its fragility. We will talk about gabber as a hard expression of utopian moments of youth culture and about drag as a revolutionary practice in undermining gender norms and the possibilities of solidary alliances in club culture. In a multimedia contribution about the performance “Futurecore 2000”, gabber’s supposed hostility to life is examined by means of choreography and sound. Last but not least, the revival of the genre in contemporary club culture makes a close examination inevitable here. Cultural anthropologist and music journalist Bianca Ludewig has accompanied the scene for years. For the web edition of the Balance Festival, she recorded the lecture “Apocalyptic music? On the History and Aesthetics of Gabber and Breakcore”.

For many of us, music-centred subcultures are and have always been a safe haven for commitment, experimentation, experience and an irreplaceable refuge from small-town dreariness and capitalist demands for exploitation. From exciting fashion trends to autonomous social organization, the dance floor can be a groundbreaking place of innovation. Which resistant, creative and solidary spaces are created in the club? What alliances do we find in these scenes and contexts? How are Tender Squads constructed? How can a hedonistic rejection of any positive idea of community and where can visions of a more just future be produced?

Drag is not just pop culture but a political and aesthetic practice of performative resistance and self-empowered visibility which is able to create shelters for socially marginalized groups and to counter the still widespread social devaluation of femininity with lustful, unmasking and fluid alternatives. Journalist and Balance curator Sarah Ulrich facilitated the online panel “The political power of Drag” with Olympia Bukkakis, Psoriasis, Authentically Plastic and GodXXXNoirphiles and translates it into a multimedia contribution that, amongst others, features the short film “Drag is me is drag but I” by Leipzig filmmaker Felix Schütze.